A Letter From Our Founder

Nothing is as Powerful as an Idea Whose Time Has Come 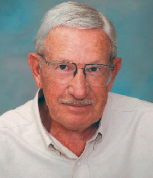 Willis Carrier invented the air conditioning chiller in the early part of the 20th Century. The first installations of these marvelous cooling machines were in movie theaters, large arenas, and auditoriums such as Madison Square Garden in New York City. After World War II the usage of air conditioning expanded to new and existing hospitals, apartments, office buildings, and other multi-room buildings. During that period a brilliant young and dynamic mechanical engineer by the name of Herbert Laube joined Carrier Corporation and ultimately became Vice President of Research and Development, reporting directly to Willis Carrier.

Laube soon discovered that installing chiller based central air conditioning systems with ducted air distribution within existing multi-room buildings was difficult, disruptive, costly, and inefficient. Consequently, Herb developed and installed in his office at Carrier’s headquarters in Syracuse NY a modified heavy duty self-contained through-the-wall air conditioning unit with a heating coil. Thus, he was able to enjoy cooling comfort year-round in the confines of his office rather than just the summer season. When Laube approached Willis Carrier to develop and produce this product/system as an alternative to the chiller-based central system, Willis Carrier overruled him for fear that this decentralized heating and cooling system (which would be much less expensive to install) would cannibalize his chiller sales.

Laube resigned from Carrier Corporation in 1948 to start his own air conditioning manufacturing business. Remington Air Conditioning Division began operation in an abandoned factory building in Auburn, New York and proceeded to capture some of Carrier’s top-level engineering talent. Further research and development proved Laube’s concept: these decentralized air conditioning systems could be installed for a fraction of the cost of central chiller systems and significantly reduce energy consumption and overall operating cost. Laube trademarked his system, calling it the “Incremental System.”

I was hired by Remington in 1961 as Sales Manager with the task of establishing a nationwide sales force of manufacturers’ representatives. Our pitch of an “idea whose time had come” was spread from coast-to-coast and border-to-border. Remington’s sales grew rapidly and by 1966 the Auburn factory was busting at the seams. At this juncture, Laube decided to take his chips from the table rather than to go deeply in debt to build a new factory. Consequently, he merged Remington with the Singer Sewing Machine Company due to their financial strength and manufacturing expertise. It wasn’t long before Herb and I learned that with every merger there was a ‘submerge’ and soon there was a deluge of ‘experts’ from New York City trying to tell us how to run our business. The fit between Singer and Remington management did not work and after three years of frustration I resigned from Singer and requested the Remington/Singer franchise for Upstate New York.

My new company, Modular Comfort Systems, was founded in 1969 with headquarters in Syracuse. It was a daunting task to try and compete with, “The Worlds #1 Air Conditioning Maker” (the sign on Carriers’ factory building on Thompson Road in Syracuse). In reality, we were not directly competing but rather marketing the new “Incremental Decentralized Air Conditioning System.”

The stars were aligned for the building boom that came along in the 1970’s – shortly after our company began. The ‘Baby Boomers’ (those born shortly after the soldiers returned from WW II) were having their own baby boom and this meant America needed housing, schools, hospitals, office buildings – and as families moved to the suburbs – shopping malls. All of these structures required air conditioning systems and all were best served by efficient and cost-effective decentralized cooling and heating systems. The building boom also produced a new breed of developer/builder – those who saw the need and often built on speculation. These visionaries and entrepreneurs were businessmen first and foremost and therefore easy targets to sell our “idea whose time had come.” Actually, we were selling the economics of decentralized air conditioning systems. Since the ‘Big 3’ (Carrier, Trane, and York) rejected the ideology of decentralized air conditioning systems for large commercial buildings – Modular Comfort Systems had no competition for some time.

After a while Singer became disenchanted with the air conditioning business and sold it lock, stock and barrel to a vice president – Dick Snyder, who in turn resigned from Singer to develop Snyder General Corporation. Snyder then bought and merged Remington with McQuay (a manufacturer of chillers and central system equipment). Dick Snyder soon pressured us to represent and sell McQuay – which put us in the business of selling chillers and central system equipment. Although I was opposed to this move from an ideological standpoint we saw the writing on the wall. Mergers and acquisitions became rampant in the air conditioning industry during the latter part of the 20th Century and the early part of the 21st Century and finally in 2006, what was the Incremental System became a part of Daikin Industries – which today is the largest air conditioning manufacturer in the world.

Modular Comfort Systems continued to grow, energized by Daikin’s excellent product line including the most energy efficient chillers and heat pump systems in the industry. Our air conditioning market continues to expand and now includes all types of buildings.

This growth and success do not, however, alter the way we do business. When MCS opened its doors on March 15th, 1969 we distributed a mission statement to all potential clients and customers:

The business philosophy of Modular Comfort Systems is quite simple. We consider ourselves to be customer representatives as well as manufacturer’s representatives. Our customers include the designers and builders of buildings as well as the owners and operators. Our goal is to provide knowledgeable technical assistance in the selection of products, project control accuracy – from order to installation and beyond – as well as prompt, competent service for the life of the products. We shall endeavor to represent manufacturers of the highest quality products and whose business doctrine coincides with ours.

We still hold this as our mantra and is the way we will do business going forward. 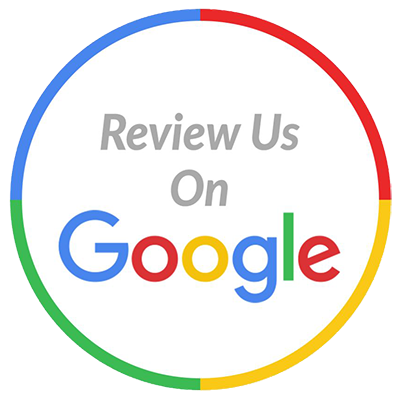